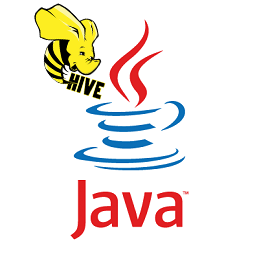 There are many functions in Hive that can help analyze your data. But there are times when you need more functionality, sometimes custom. Or at least functionality that is possible without paragraphs of ugly, layered-sub-queried SQL.

A UDF, or a user-defined function, is just that: a custom function written by the user that serves an explicit purpose. A UDF is (most commonly) written in Java, and at its simplest, is not much more than a few simple lines of code that takes a record (or multiple records) as input, and provides output.

To create a UDF, you must create a Java class that inherits the traits of the UDF library. You can download our free open source template project from Github (coming soon), which can be modified out of the box for your needs. But most importantly, it will help you finish and understand this tutorial on UDFs.

In a nutshell, your Java class:

In our example code below, our class is called HelloColumn, and our internal method is called evaluate (this is the standard naming for our class). The class extends UDF.

Our evaluate function takes one argument, Text (from org.apache.hadoop.io.Text) called input, which represents the data record we would pass from Hive into this function. This will make more sense toward the end of the tutorial when we actually use this function.

This part is optional but highly recommended: We then check input to see if it’s null. If it is, return null. We clearly can’t do anything with that record, or don’t want to. Unless that’s your use case, in which case, do something else with this condition.

Under normal circumstance where we have received something legitimate (not null) in input, we can do something to/with it. In this case, we straight up just return it with the word “Hello, “ in front of it. That’s it. Dead simple UDF right here, folks.

Once you’ve built this class, you’ll want to package it into a JAR, and get it into Hadoop (edge node or HDFS(recommend HDFS)) for adding to Hive. Once it’s in HDFS, use these commands in Hive.

This results in a function that takes text as an input, and will return back that same text with our new phrase in front of it. Take for example, if we ran a query like this:

Let’s pretend that there are 3 records in the employees table, with the names Carl, Regina, and Susie as the respective values for the name column in those records. When we run the above query, we would get the following output back:

This is exactly how other Hive functions behave, like sum, max, or trim.

Let me know how it works for you! Start playing around with this concept to see what you can make!

Next time, we’ll make a function that does something cooler than return the phrase “hello” in front of it. Next time we’ll create an array function to extend how we can use and manipulate arrays in Hive – particularly with negative/wrap-around indexing!

Press Enter To Begin Your Search
×